What Types of Obamacare Plans are Available?

It’s important to research your options and know what plans are available to you.

To help, we’ve outlined the health insurance plans available through Healthcare.gov. For starters, plans on the government exchange are offered at four levels and are referred to as “metal plans” because they are all designated by precious metals. Then there is a separate type of plan called a catastrophic plan that consumers can consider as well.

So, what’s the difference between the metal tiers?

The bronze plan is an economy plan. It has the lowest monthly premium, but the highest out-of-pocket costs. It is set up to have the insurance companies cover 60 percent of your healthcare costs, which leaves 40 percent to come out of your pocket. Because the out-of-pocket costs for this plan are high, it’s ideal for someone with good health who doesn’t plan on going to the doctor’s office often.

With this plan, 70 percent of out-of-pocket costs are covered by the insurance company, while the consumer covers the remaining 30 percent. The silver plan may be enticing to low-income individuals as you can only qualify for out-of-pocket savings (known as the cost-sharing reduction) by choosing a silver plan. You can, however, qualify for premium tax credits with any metal plan.

The final plan of the “metal plan” family is the platinum plan. This plan has the highest monthly premium, but the lowest out-of-pocket costs. In fact, the consumer is responsible for only 10 percent of their medical costs, while the insurance company pays for 90 percent. As such, this plan is great for consumers with conditions that require constant care or prescriptions.

A catastrophic plan is available to people who are 30 or younger, or someone who qualifies for a hardship exemption. With catastrophic plans, the consumer gets lower premiums and is covered for catastrophic medical events. But each catastrophic plan has a very high annual deductible (generally several thousand dollars per year) that must be met before the insurance kicks in.

Some of the more common hardship exemptions are:

These government plans allow you to find coverage that fits your lifestyle and budget. Regardless of whether you decide to buy coverage from the government marketplace or the private exchange, just be sure to get covered before the open enrollment deadline.

by: George N Root III
PREFER TO SEARCH BY STATE INSTEAD OF ZIP CODE?
Choose Your State To Get Plan Options
Healthplans.com is dedicated to making sure you’re informed about the Affordable Care Act and health insurance. Click to see our health insurance guides and other useful information. 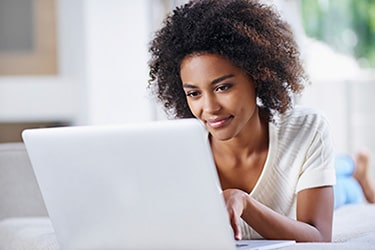 Start Now!
To see your personalized list of health plan options now, enter your zip code.
Still looking for rates? HealthPlans.com, a licensed health insurance broker, can help you get a competitive quote.
Get Started
Want to see other companies' rates? Check out these insurers that serve your area:

HealthPlans.com is operated by Quotelab, LLC, which is an independent broker and is not a federal or state Marketplace website. This website is owned and operated by QuoteLab, LLC, a licensed insurance agency, NPN #19911386. Invitations for application for health insurance on QuoteLab, LLC, only where licensed and appointed. License numbers are available upon request and are provided where required by law. QuoteLab's license information can be found at healthplans.com/licenses.html.

We do not offer every plan available in your area. Any information we provide is limited to those plans we do offer in your area. Please contact Medicare.gov or 1-800-MEDICARE (TTY users should call 1-877-486-2048) 24 hours a day/7 days a week to get information on all of your options.

Submitting this form does NOT affect your current enrollment, nor will it enroll you in a Medicare Advantage plan, Medicare Prescription Drug plan, Medicare Supplement Plan, or any other Medicare plan. QuoteLab, LLC is independent of the Medicare program and is neither associated with nor endorsed by The Centers for Medicare & Medicaid Services (CMS) or any other governmental agency.

The plans represented on HealthPlans.com are Medicare Advantage HMO, PPO and PFFS organizations and stand-alone prescription drug plans with a Medicare contract. Enrollment in any plan depends on contract renewal. If you are paying Medicare Part B premium, you must continue to pay it to maintain coverage.

There are several factors that impact your monthly premium; including your age, geographical location, annual income, dependents, and the type of plan you choose. Monthly premiums do not include out-of-pocket costs.

The advertised price may not be typical. It was generated using the Kaiser Family Foundation's subsidy calculator that was accessed on September 16, 2020. The following parameters were used: 21 year old adult, non-tobacco user, annual income of $24,700 in 2020, no children, and no available coverage through a spouse's employer. The resulting monthly premium was $30 per month (or $360 per year after $2,751 in subsidies) for a Bronze Plan. Even when using the same parameters, the resulting premium and subsidy calculations may be subject to change.